Douglas Kieshawn Sheref Whitehead (born September 7, 1996), known as Dougie or Dougie On The Beat by stage name, is a music producer who was born and raised in Philadelphia, Pennsylvania. He has signed to Meek Mill’s Dream Chasers imprint, Dougie has produced some of Meek’s biggest singles to date, including, “1942 Flows,” “Issues,” and “Save Me,” which all appear on his 2017 album Wins & Losses.

Dougie or Dougie On The Beat was born in September 7, 1996 in Philadelphia, Pennsylvania, United States. He was raised there. In his teenage years, Dougie was exposed to his uncle’s program called Music Development For The Youth where he learned the creative process behind making a song and how studio equipment works. It was then that Dougie claims he fell in love with producing and proceeded to make his first-ever beat.

Dougie On The Beat Full Biography 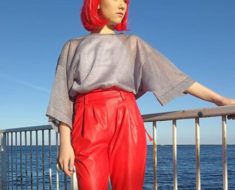