The United Kingdom, officially the United Kingdom of Great Britain and Northern Ireland,  is a sovereign and insular country , member of the European Union ,  located northwest of Continental Europe . Its territory is geographically formed by the island of Great Britain , the northeast of the island of Ireland small adjacent islands. Northern Ireland is the only part of the country with a land border, which separates it from the Republic of Ireland . Britain borders the Atlantic Ocean to the north and west , to the east with the North Sea , to the south with the English Channel and to the west with the Irish Sea. It’s also known as UK. 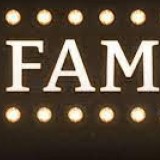