Mark Gillespie is an acclaimed CEO, manager, and producer whose creativity and dedication have culminated in the global entertainment powerhouse that Three Six Zero is today. Three Six Zero operates out of Los Angeles, Miami, and London, with Gillespie’s clients leading their respective fields of music, film, television and digital content. Recognized as one of the most preeminent executives in the industry today, Gillespie was recently named one of the World’s Greatest Managers by Music Business Worldwide, a feat which undoubtedly nods to his guidance in the careers of Calvin Harris and Frank Ocean. A relentless pioneer in entrepreneurialism, Three Six Zero Recordings was created by Gillespie and is led by himself with Pete Tong MBE.

Gillespie has arguably built a method of business which before him has not existed, one which divides across multiple creative disciplines under one roof, to break boundaries and help clients reach global audiences in state- of-the-art ways. His vision to recognize innovative paths for his clients to thrive is evident in the key partnerships he has formed for Three Six Zero throughout the years which include with Jay-Z and Roc Nation. The company’s active partnerships include Sony Music Entertainment and most recently Westbrook Entertainment, whose talent roster includes icons Will Smith and Jada Pinkett Smith. In 2018 the company’s first feature film was released to huge success – the prolific drama ‘VOX LUX’ – starring Natalie Portman and Jude Law and with an original soundtrack by Sia. Gillespie’s notoriety and expansion in film and television continues to grow with many current projects in motion.

A commitment to nurturing artistic talent and giving a platform to others, Gillespie is an active philanthropist and advocate, sitting on both the Music Committee of Children in Conflict and the core screening panel of the Recording Academy. Gillespie is dedicated to innovation across the industries of media, technology and apparel, and has invested in companies such as Outdoor Voices, Stance, Ember Technologies, Stem Disintermedia, and Saavn. With a passion for the arts, Gillespie is an avid collector of modern art and in his downtime, enjoys following Manchester United. 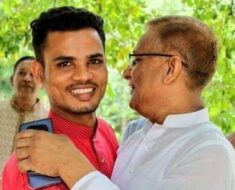 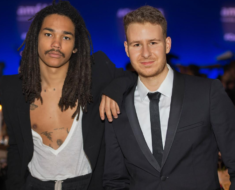