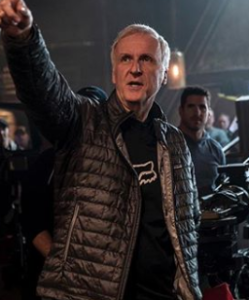 His first major movie success was with the science fiction action movie The Terminator (1984). He was subsequently employed to write and direct Aliens (1986); three years later, The Abyss (1989) followed.

He was praised for his use of special effects in Terminator 2: Judgment Day (1991). After his film True Lies (1994), he packed his biggest movie yet: Titanic (1997), for which he won Oscars for best picture, best director and best editing. Following this, Cameron embarked on a project that lasted nearly 10 years: his epic science fiction movie Avatar (2009), which was a milestone in 3D technology and for which he was nominated for the same three Oscars.

Between Titanic and Avatar , he spent several years making documentaries (especially underwater documentaries) and helping develop the digital 3D Fusion camera system. He was described by a biographer as partly a scientist and partly an artist .  Cameron also contributed to underwater filming and remote-controlled vehicle technology.

On March 26, 2012, he reached the bottom of the Mariana trough , the deepest part of the ocean, in the Deepsea Challenger underwater vehicle. He is the first person to do so in one descent, and only the third person to have achieved it in any way.

If inflation is not taken into account, Cameron’s Titanic and Avatar are the most money-making pictures: $ 2.19 billion and $ 2.78 billion, respectively.  In March 2011, Vanity Fair magazine said he was the person with the highest income in Hollywood – an estimated $ 257 million (in 2010).  In October 2013, a new frog species , Pristimantis jamescameroni of Venezuela , was named after him in recognition of his work to promote environmental awareness and veganism .