Home
Actor
Who is John Quinlan? Learn About His Biography & More

John Joseph Quinlan is an American actor who was born on October 30, 1974. He is a former bodybuilder, professional wrestler, fitness model, fashion model, art model and romance cover model. In 2012 he was an official image model and brand ambassador for the supplement company Nutrabolics. 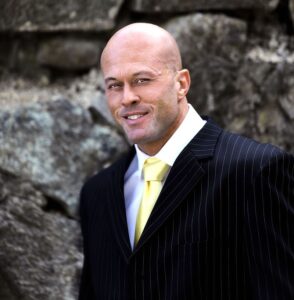 Quinlan began weight training as a teenager to become stronger for sports. Shortly after graduating from Springfield College in 1997, he competed in bodybuilding and fitness.
In 1998, Quinlan competed in the North American Bodybuilding Association (NABF). In October he placed first in the Junior Class and fourth in the Men’s Open Light Heavyweight division at the NABF Tri-State Pro-Am. He won the Junior Class and earned a third-place finish in the Men’s Open Light Heavyweight Division two weeks later at the NABF USA Junior Nationals. During this time Quinlan was coached by Jeff Walsh, Billy Conserva and Lawrence Cuzzi, with the assistance of Jim Cinelli, Manuel “Manny” Catalano Jr. and John Georgopolous. He was sponsored by Scott and Eric Kenworthy, owners of World Gym, Lynnfield, Massachusetts, and Pumphouse Nutrition. On November 7, 1998, at the NABF Pro-Am America Nationals and Fitness Expo held in the Veterans Memorial Auditorium in Providence, Rhode Island, Quinlan finished second overall in the Junior Class.