Tim Burton (born August 25, 1958) is an American director who is famous for his gothic or noir styles . The impression that appears in the films of Tim Burton is a gloomy impression and a little dark humor. Tim Burton’s success was achieved through the film Batman Returns which according to many critics is the best Batman film. Tim Burton is also known for his permanent collaboration with Danny Elfman , his film music composer. Almost never Tim Burton made films without Danny Elfman as his music composer.

Timothy Walter Burton was born on August 25, 1958 in the Californian city of Burbank . He is the first of Bill and Jean Burton’s two children. Most of his childhood was characterized by the representation, along with his brother, of parodies related to bloody crimes, considering himself as an introvert – one of his personal anecdotes is that he simulated a murder with an ax to scare the neighbors to such an extent that one of them called the police. That is why he received the alias “Ax Wound” (translated as “ax wound”). Another of his favorite hobbies was to scare the children of their neighbors by claiming the arrival of extraterrestrial creatures that would invade Earth. One of his main entertainments was the design, aspect in which he showed talent after competing and winning a competition of strokes that would be used in the urban trucks of his hometown.  Academically, he never felt affinity for reading or studies.  Instead, his greatest passions were painting , drawing and cinema — he loved monster movies , mainly those linked to Godzilla , Hammer Productions , Ray Harryhausen and Roger Corman . The latter worked several times with actor Vincent Price, whom Burton considered “his hero.”

In 1989, Burton married the German artist Lena Gieseke , from whom he divorced shortly after the filming of Batman Returns . He was subsequently engaged to Lisa Marie from 1992 to 2001. Since then he maintained a relationship with Helena Bonham Carter. The couple has two children: a boy named Billy-Ray Burton, born in October 2003 and godson of Johnny Depp, and a girl, Nell, born on December 15, 2007. Bonham Carter has appeared in all Burton films since 2001. The couple lived in London, in separate houses connected through a tunnel. On December 23, 2014, Bonham Carter sent a statement to the press through his representative formalizing his separation, stating that it occurred “in a friendly manner.”

On the other hand, Burton currently has no relationship with his brother Daniel, while his father, Bill – a former minor league baseball player – died in October 2000 during the filming of Planet of the Apes , and his mother, Jean, passed away in March 2002. Vanity Fair published the list of the Top 40 Hollywood celebrities with more income throughout 2010. Burton was ranked no. 6 on the list, won an estimated 53 million for his films.

Tim Burton’s career began as an animator at Disney Pictures . Then he came out to make a film with his own style. Tim Burton’s films include Vincent , Frankenweenie , Beetlejuice , Batman , Batman Returns , Mars Attacks , Sleepy Hollow , Scissorhands , Ed Wood , Planet of the Apes , Charlie and Chocolate Factory , and Corpse Bride .

The Nightmare Before Christmas , the first widescreen stop motion animation film that is distributed internationally is often recognized as his best work. But actually the film was directed by Henry Sellick . Tim Burton is a story writer whose intervention is very dominant. Tim Burton has also been included in the list of prospective directors who will work on Superman Returns but then fall into the hands of Bryan Singer . At that time the actor who was about to be nominated was Nicholas Cage . 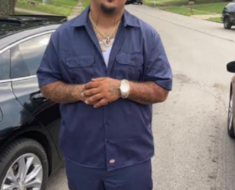