Peter Jackson was born in Pukerua Bay ( New Zealand ) on October 31 , 1961 . At age nine he saw King Kong and since then he wanted to be a film director. He made short films with the video camera that his parents gave him. Jackson began his career making films in his spare time, among which stands out Bad taste ( Bad Taste , 1987 ), shot the same year of his wedding with Fran Walsh . This is a gore film with which he got notoriety at the Cannes festival, thus beginning his professional career in cinema and that allowed him to access the world of Hollywood . However, unlike other compatriots, he has remained in his country carrying out his new projects: during this time he was acquiring or creating businesses to produce films in New Zealand.

Since 1987 , Jackson is married to Fran Walsh , with whom he has two children: Billy and Katie. Jackson’s mother, Joan, died three days before the world premiere of The Lord of the Rings: The Fellowship of the Ring and there was a special presentation of the film after his funeral.  Jackson is an aviation enthusiast and owns a collection of airplanes.

Jackson has several films as influences. It is known that Jackson has a passion for King Kong , often citing him as his favorite character and the 1933 film as the one that inspired him at the beginning of his life. Jackson remembers trying to remake King Kong when he was twelve. At the 2009 San Diego International Comics Convention , while interviewed with James Cameron , director of Titanic ( 1997 ) and Avatar ( 2009 ), Jackson said that certain films “kicked him.” He mentioned the films of Martin Scorsese Goodfellas ( 1990) and Casino ( 1995 ).  Jackson also said that the movie Waterloo ( 1970 ) inspired him in his youth. 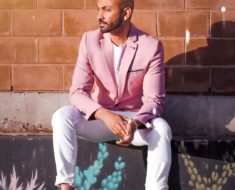